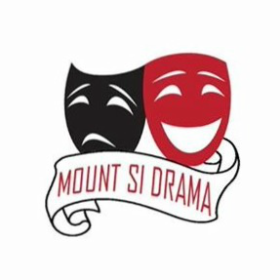 Our spring play is Little Women!

Everyone who wants to audition must fill out an application. Students must also bring a signed permission slip to their audition. (Both are linked to this page.)

Initial auditions will be conducted in small groups (you will be assigned a group after all the audition applications are turned in). All students must memorize and perform a monologue from a well-known play (Oscar Wilde, Tennessee Williams, Moliere, etc.) and participate in drama games/movement activities as part of this audition. More information about auditions is on the actor application.

A list of students selected for callbacks will be posted on Wednesday after the initial group auditions. Callbacks will consist of cold readings from the script and possibly more drama games/movement activities.

This play is written for a cast of 11 (7 female roles, 4 male roles), which is typical for a play. Depending on who turns out for auditions, we may double-cast or have an understudy cast. Because of the small cast size, it is very likely cuts will have to be made...meaning not everyone who auditions will receive a role. Unfortunately, rejection is part of being an actor. Please do not take it personally - there are many factors we must consider when casting. There are still many ways to be involved in the production through crew, tech, costumes, hair, makeup, etc.

During auditions we are looking for actors who are intuitive and capable of a wide range of emotions. (And, as always, volume and diction!) We must have strong actors who can create believable family bonds on stage. This show also requires actors who can play young preteens and teenagers as well as actors who can play older mother/father figures. Since it is a smaller cast, some characters have lots to memorize, which will require the most dedicated actors.